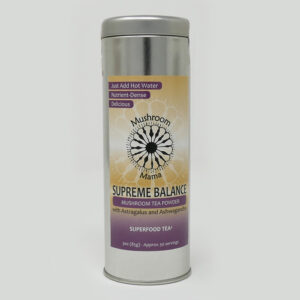 Cordyceps, sought out as an aphrodisiac is especially useful in alleviating fatigue, enhancing physical endurance and mental acuity. These medicinal mushrooms help rid the body of free radical activity and have displayed a capacity to lower bad LDL cholesterol as they raise the good HDL cholesterol level.

Maitake medicinal mushrooms have been used by traditional healers in Asia for thousands of years. Researchers in Japan have been studying the effects of Maitake mushrooms on the immune system, cancer, blood pressure and cholesterol levels. Maitake is touted to have anti-tumor, anti-diabetic and anti-viral properties.

Red Reishi’s medicinal use dates back over 4000 years. In ancient China, Reishi was referred to as the Mushroom of Immortality and eaten exclusively by royalty due to its rarity. This medicinal mushroom enhances the body’s immune system, improves blood circulation and is excellent for many heart conditions.

Shiitake, native to China, have been eaten for nearly 6000 years. Considered the elixir of life, during the Ming Dynasty, they were reserved for the emperor and his family. Studies are showing these nutrient-dense medicinal mushrooms strengthen the immune system and are beneficial for those individuals infected with HIV.

Cinnamon has the highest anti-oxidant strength of all the foods in nature and its active principles are known to have anti-oxidant, anti-diabetic, antiseptic, and anti-inflammatory qualities. Cinnamaldehyde has been found to prevent platelet clogging inside the blood vessels and thereby may help prevent stroke and coronary artery diseases.

Ashwagandha stimulates neuro-transmitter pathways in the brain which may enhance memory and other cognitive processes. Research has also found that Ashwagandha increases the levels of three naturally powerful antioxidants: superoxide dismutase, catalase and glutathione peroxidase.

Astragalus root is one of the most popular tonic herbs used in the Orient. Some consider it to be a tonic superior to ginseng for younger people. Astragalus is a powerful adaptogenic herb and has an amazing ability to strengthen the immune system.

Ho Shou Wu is an extremely important herb in the Chinese tonic system. It is China’s most renowned longevity herb and has acquired a broad reputation as a youth preserver, rejuvenator and sexual tonic. Its strength comes from its remarkable ability to cleanse the body by cleaning the kidney and liver, which in turn clean the blood.

Mushroom Mama Loves all the beings that populate the Earth. We are grateful to help our Earth by planting two trees for every tea sold through our partnership with the Eden Projects.