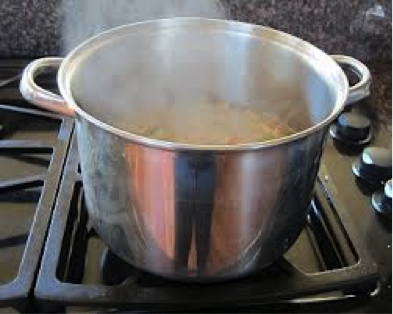 “It’s a winter wonderland outside and I am still in my jammies… pleased that today I will cook some delicious, deeply-warming chicken soup. There’s nothing better than smelling soup cooking in the kitchen. 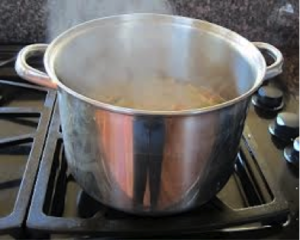 A whole chicken with lots of root veggies was yesterday’s holiday dinner. While my hubby and I were cleaning up the kitchen, I placed the whole chicken carcass into a large pot of water, (you could also use a crockpot) Once the broth began to boil, I lowered it and it simmered overnight. It’s cool enough now for me to take the meat off the carcass, freeze some of the broth and make chicken soup with the rest.

According to Hanna Kroeger in Ageless Remedies from Mother’s Kitchen, chicken soup has a natural ingredient which feeds, repairs and calms the mucous lining in the small intestine. This lining is easily pulled away from the intestine through too many laxatives, too many food additives and parasites. Chicken soup heals the nerves, improves digestion and reduces allergies. Meat stocks are extremely nutritious, containing the minerals of bone, cartilage and marrow that are very easy to assimilate. Adding vinegar during cooking helps to draw minerals out of the bones. When my friend, Lynne, was really ill, she drank my bone broth throughout the day and reported that it gave her great strength.  In folk wisdom, chicken soup is a valued remedy for colds and flu. Moses Maimonides, a 12th century physician, prescribed chicken broth as a treatment for colds and asthma. Gelatin-rich broth does indeed strengthen the immune system. The stockpot has long been believed to be the most important piece of equipment to have in one’s kitchen. I must say that I love my big stainless pot and all the medicinal food I cook in it. There’s nothing instant about chicken soup. It needs to simmer to become medicinal. It is so worth taking time and putting effort into making chicken stocks. What an intentional way to take care of yourself and your family’s health and well-being. Chicken soup…Nana’s medicine for whatever ails you”